1. What year did you start your railway photography and how old were you then?

2. What was the first camera you had and what do you have now?

The first camera I used belonged to my Nan. It was a Kodak Box Brownie which used 620 film and it produced some surprisingly decent results. My next camera was a Kodak Instamatic which used a very small negative film (especially compared to the Box Brownie) and the results were a bit hit or miss. My first SLR camera was a Pentax K1000 and this was followed by a Pentax ME Super. I moved on to digital cameras around 2003-2004. My current camera is a Canon EOS R6.

3. Which do you prefer to photograph, steam or diesel trains?

These days I prefer steam first, followed by heritage diesels. I will photograph modern traction if it’s locomotive hauled and also modern units if I’m already at the line side for other reasons. 30 to 40 years ago I would photograph almost anything that moved although the cost of film did put a limit on it.

4. Can you remember what your first railway photo was that you had taken?

Unfortunately not but it’s likely to have been a Warship or Western at Laira.

5. Do you have a favourite location to take your photos?

Not particularly. I think any location that shows off the train to its best is good. With line side vegetation it is becoming more difficult these days. On heritage line my favourite is the West Somerset Railway.

6. Apart from railway photography, do you take photos of any thing else?

In the past I have taken many photos of warships (the floating kind!). My interest has recently been rekindled and I’ve started to take photos of ships again. I also have a young dog and she often appears in the viewfinder.

7.Have you ever had a bad day out with your camera and wished you stayed at home?

Who hasn’t. The sickening feeling when (pre digital) you’ve found the film hasn’t wound on or you’ve messed up the exposures. But you learn from it and it doesn’t take the memory of the day away.

8. Which software do you use when editing images and are you happy with it?

I’ve always used Adobe Photoshop as it has always met my needs. I have been thinking about using AI photo software to see if it could improve some of my old images.

9. Back in the days before digital cameras, did you develop your own photos, if so, did you enjoy it?

No. It never interested me and seemed a lot easier to just send the film away for processing.

10. Which decade have you enjoyed the most taking railway photographs and why?

It’s difficult to pick one decade. If I could go back in time (with a decent camera) it would be the 1960’s. I missed a lot of the railway scene in the 70s but the 1980s and 90s were interesting in that you could turn up at the lineside and not know what may turn up. Not like today, particularly in the South West, the scene is a bit less inspiring to me.

11. Back in your younger days, were you a train spotter and if so, are you still today?

Yes I was and that continued up to the turn of the century. The lack of variety turned me off spotting. Recently, when two class 50s came to the south west, I was surprised at the number of young railway enthusiasts that were out, far more than when a steam special is about. It seems the hobby is still very active which is good to see.

12. What advice would you give to young or new railway photographers?

From a photographic point of view make sure you understand about exposure and the exposure triangle. Don’t be afraid to experiment and use all the options on your camera to see what works best for you and in a particular situation. There’s a lot of resources available online. From a railway perspective there’s plenty of opportunity in the modern railway to capture an unusual or artistic photo. But don’t forget the everyday photo for the record. I look back at many of my ‘for the record’ photos and realise so much has changed to the locomotives, the stock and the location since I took them. 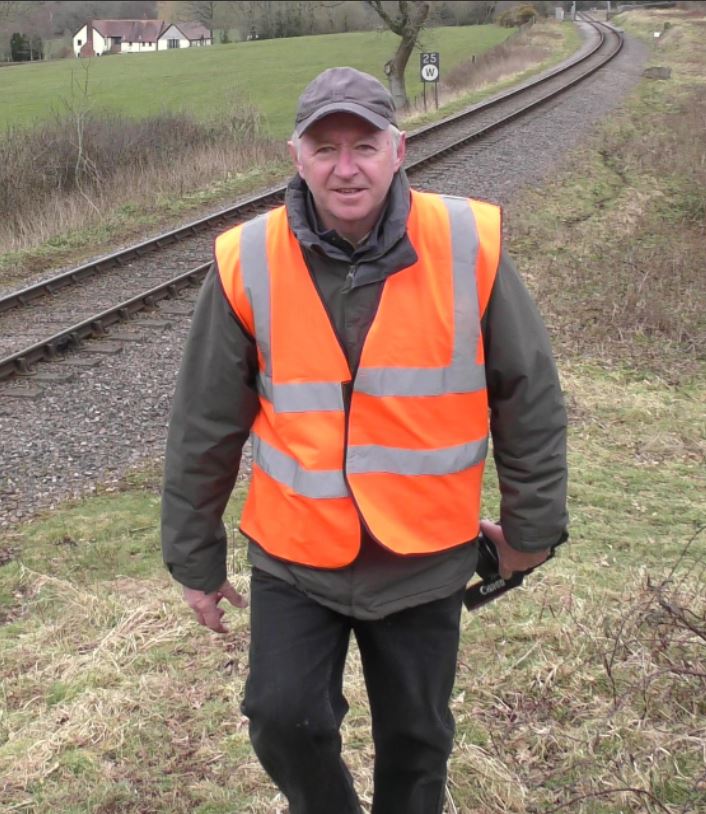