1. What year did you start your railway photography and how old were you then?

2. What was the first camera you had and what do you have now?

My first SLR was a Cosina CT1A which used K mount lenses which I bought for the princely sum of £50 in 1982. It was a lightweight camera which came with all mod cons, having a meter that had LEDs which were +/- in red and green for go! That seemed rather novel for the period. I soon learnt that they could have issues with light bleed on time exposures! I quickly upgraded to a Pentax ME Super a few years later, purchased from Laskeys a retail store in Exeter! Funny what you remember about the camera purchases!! Following advice from Brian Morrison and others I then moved to Nikon in 1989 which I have used ever since. I started with an FM2 which was used initially with Ilford XP1/2 before sticking with colour slides and have gone through FM2/F301/F4/F5 before converting to digital with the D70/D200/D7000 and now the D7200 which has been my camera of choice for the last few years. However never discount refurbished bodies was advice given to me and I haven’t regretted this advice!

3. Which do you prefer to photograph, steam or diesel trains?

While I am happy to photography steam or diesel I have tended to focus mainly on modern traction. Steam I find can more challenging as there are additional variables to factor in such as wind direction!

4. Can you remember what your first railway photo was that you had taken?

My first 35mm pictures were taken at ironically enough Barry Scrap yard when I went of a South Wales trip with fellow member of the University of Exeter Railway society, taken in reasonable light on Agfa CT18 slide film! My first mainline railway shots were taken when I went on the Class 31 rail tour to Torrington in somewhat challenging light with 64 ASA slide film!

5. Do you have a favourite location to take your photos?

While there are a number of locations I keep returning to I try and vary them to avoid finding that the year consists of a plethora of shots taken at Cockwood, Powderham Rewe or Silverton for examples.

I try and visit different locations and record the railway scene as it changes over the years which is why I have visited over the years Barnetby, South Milford, York, East Anglia, South Wales and Southampton/Eastleigh.

I don’t confine my interest to the UK rail scene and over the years I have taken photos in Poland, German, France, Luxembourg, Hungary Czech republic the USA and on one memorable trip Kosovo! However I find myself being drawn back to the Marsh Railway in Schleswig-Holstein and the Bavarian railways to Fussen/Immenstadt/Obersdorf.

6. Apart from railway photography, do you take photos of anything else?

7.Have you ever had a bad day out with your camera and wished you stayed at home?

Oh yes, and anyone who says it was FSAD – Full Sun All Day every time they go out is not living in the real world. There have been more than a few occasions when you do wonder why you bother, with a reasonable forecast you head out and then spend the next few hours sat in the car listening to the rain patter down on the roof and when you point the camera in the direction of the railway the meter reading says go home! A view you have when you get out of the car and in a short period of time you are soaked through!

Then there are the really frustrating definitely days that follow the maxim sun at 7 cloud by 11 ( or main event) whichever comes soonest, when you go to take your shot and get bowled by the marauding clouds and then see a plethora of sunny shots taken just a few miles away or when you get bowled by the clouds and fifteen minutes later or as the last vehicles in the train goes out of the view finder the sun comes back out!… The worse is when you travel off on a trip and can’t just head home because you have paid for accommodation!

8. Which software do you use when editing images and are you happy with it?

I tend to use Elements and to a limited extent IRFAN, I try to follow the maxim that you should try and get the image right first time and not need to do major amount of post processing. However the impact of the crop sensor has meant rotating the image to get verticals as they should be rather than how I took them!

I think we would all like the upgrades to photo shop that allow you to add sun, undo soft images caused by taking shots when you should have either stayed at home or packed up and just watched the train head by rather than trying to record the image!

9. Back in the days before digital cameras, did you develop your own photos, if so, did you enjoy it?

I can honestly say that at no point did I ever want to develop or print my own pictures, there were people far better at it than me. I always took slides so would send the film away for processing and even when I dabbled in B&W I sent the negatives off to Del Mercer who had a reputation for high quality hand printing that satisfied the discerning railway photographer. I was always told that when he went into the darkroom to do printing there would be at worse one failed print at the end of the session and I had neither the time, space, nor skills to do my own printing or developing! I preferred to be out taking the pictures!

10. Which decade have you enjoyed the most taking railway photographs and why?

That is a difficult one, the 1990s were great as there was such variety of traction, and the transition from Rail Blue to Trainload Freight and the business sectors IC/NSE/Railfreight/ then Loadhaul Transrail, Mainline RFD and Res meant the railways became more colourful and interesting place to photograph. That said it wasn’t without its challenges as AF was non-existent or in its infancy and therefore getting things right was more challenging especially as you had no gen, 100ASA slide film and contrary to popular belief the sun didn’t always shine! Nostalgia tends to suggest that sun was always out but having been there I can assure them it didn’t!

The 2000s/naughties were a time of change, the transition to a modern railway, digital photography and “gen” have meant a significant change to railway photography. The quality of lenses, and cameras mean that shots that were impossible in the past become somewhat acceptable. Being able to track a train and even know what is allocated to that service are all things that photographers and enthusiasts of the past would never have dreamed of.

11. Back in your younger days, were you a train spotter and if so, are you still today?

I started my interest in railways at a very young age, my parents apparently taking me down to Exmouth Junction in an attempt to tire me out, or taking me to see steam specials such as 60532 and Mallard when they visited Exeter. So my interest in railways grew from that and as my school was near the Waterloo line I used to record the numbers of the trains that went by when I was walking to and from School. However as time progressed “spotting” held less and less appeal and the chase of the picture became more interesting along with social aspect of the waiting for the shot!

12. What advice would you give to young or new railway photographers?

There are probably four pieces of advise I would give them!

The first is the same advice as I received from Brian Morrison Colin Marsden and Chris Dixon when I started out that they should to spend as much as they can afford on the lens rather than the most on the body. The glass is the most important part of the photographic process the boxes on which they fit are all pretty good and can compensate for most things, kit lenses will always bring disappointment they are made to a price and the results are often disappointing. I can remember the improvement I saw when I purchased a Nikon 35-70 f2.8 and took a quick shot of a brand new class 66 just off the boat on its first working in South Wales from Newport to Margam at 1/500 f2.8 and being delighted with the quality of the slide at f2.8…

Third is the maxim back up back up and backup as you never know when a hard disk or memory card will fail!

And finally shoot RAW and High Quality JPEG as it avoids problems later! 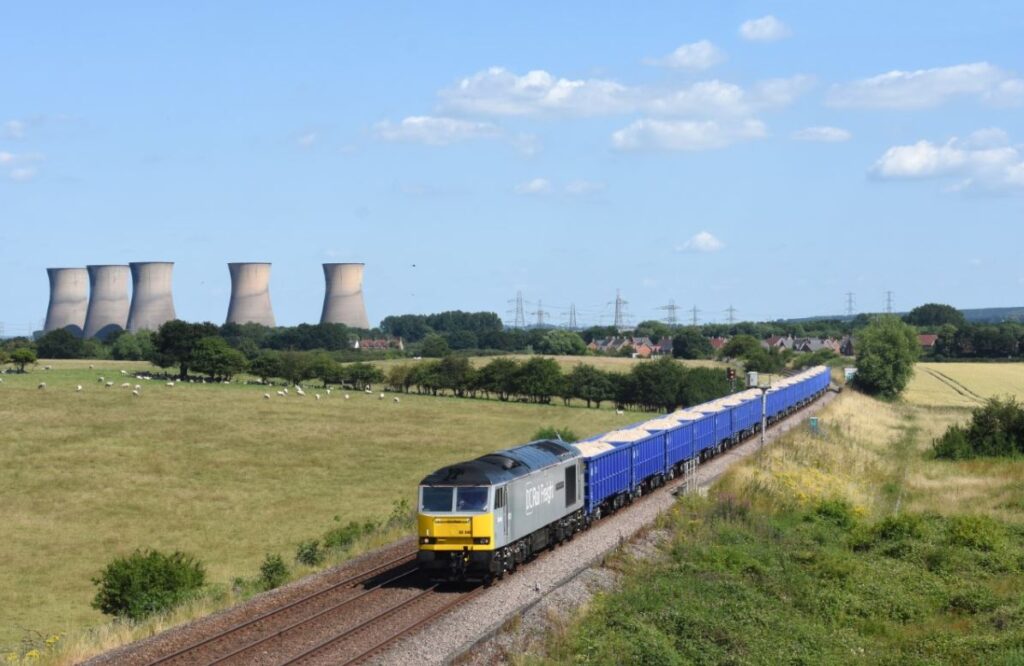